To study the transnational is to study how the local travels and transforms when it meets another locality. Donna Gabaccia’s study of transnationalism as ‘a way of life that connects family, work, and consciousness in more than one national territory’ (2000, p. 11) traced the lives of Italian migrants in the US. She asserted that the Italian nation was made in the transnational processes the diasporic condition engendered and raised the question of why Italian migration to the States had always been described in a generalised pattern. In Irresistible Empire Victoria de Grazia traced the introduction of American consumer society to European bourgeois life and left open the question of how these European transformations were communicated back to the US.

My paper engages the questions raised by Gabaccia and De Grazia by focusing on the visit of Walt Disney to Fiat Mirafiori factory in 1961 during his visit to the One Hundred Years of Italian Unification celebrations in Turin. I study the celebrations as a microcosm in which interests from both sides of the Atlantic connected and crossed to understand how it was decided what and who comprised the Italian nation in the centennial year. 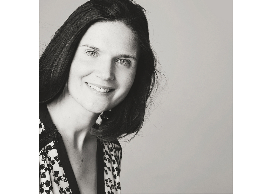 Samantha is an early career researcher and a Humanities and Social Sciences lecturer. Samantha is a historian of post-1945 Europe and she studies the transnational conversations that take place over development and reconstruction. She is also interested in memory and nation. She currently working on a study of Community Education in the post-1945 Welfare State in Italy and Britain and her Ph.D. was a study of the Italian Centennial Celebrations as they were celebrated in Turin and Philadelphia in 1961.